The Potato River is the eastern-most tributary to the Bad River Watershed.  Originating in Iron County, Wisconsin, the Potato is comprised of numerous streams including Norman, Turntable, Apple, Alder, and Vaughn Creeks.  The tannin, or rusty colored water, flows to the west where it joins the Bad River, East of Marengo on the Bad River Indian Reservation.  From there the Bad flows north to South Shore of Lake Superior through a series of sloughs. 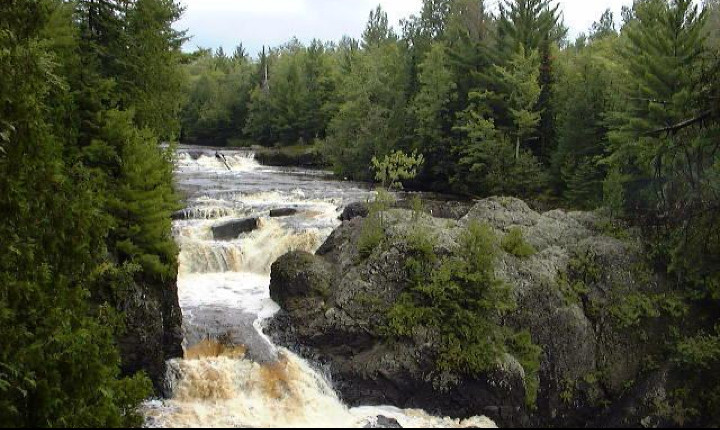 The Upson Town Park and the Potato River Falls in Gurney are two places which afford great views of the river.  The first location shows the Potato quietly moving among a rubble bottom.  The latter is a greater show of whitewater and dramatic falls.  There are boardwalks and stairways leading to the best viewing locations of the Potato Falls in Gurney.