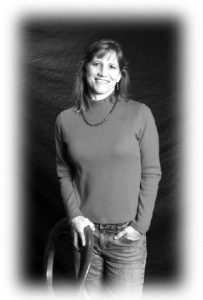 he Karen Danielsen Outstanding Stewardship Award is given each year to an outstanding volunteer for the Superior Rivers Watershed Association, formerly the Bad River Watershed Association. The award was created in honor of Karen Danielsen, a founding board member and dedicated water quality sampler, who passed away in 2009. Karen served on the Board of Directors from 2003 to 2008, serving as both President and Vice President during her tenure. Her professional expertise as a forest ecologist helped the Bad River Watershed Association establish itself as a credible volunteer organization. She was a strong voice for the organization and attracted many colleagues. Read more about Karen Danielsen and how she touched our lives in the Winter 2010 Watershed Waves Newsletter. 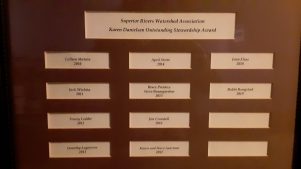